Art, humanities and science meet in the research on cultural heritage

Have you ever wondered what kind of work lies behind artefacts that you see in museums and ancient buildings, from frescos to ceramics, to jewels, glasses and gems? If you think about the professionals involved in the preservation and conservation of cultural heritage, you probably imagine archaeologists, art historians and restorers. However, scientists such as physicists and chemists play a crucial role in the process of reconstructing the social, historical and economic framework within which artefacts were produced, used and exchanged. Their scientific findings and opinions are fundamental to confirm and support the assumptions made by their colleagues in the humanistic field. Valentina Venuti, Associate Professor of Experimental Physics at the University of Messina and CERIC user, told us about her research on cultural heritage, also highlighting why multidisciplinarity is so important in this field, and showed the results of some of the scientific work conducted by the research group from Messina to which she belongs, composed of Prof. Domenico Majolino, Prof. Vincenza Crupi and herself. 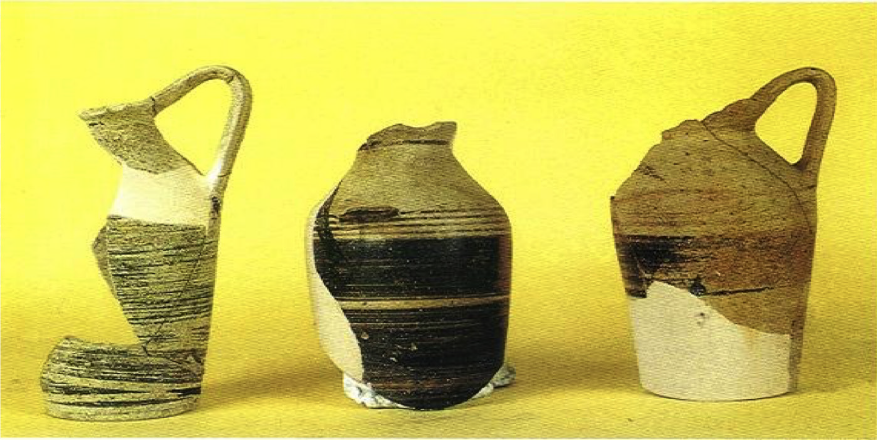 In the last 20 years, the research group has collaborated with a number of institutions (museums, universities, libraries, local and national bodies and authorities etc.) to study and analyse a wide variety of samples belonging to important archeological sites, from Sicily to Azerbaijan, as is the case of the latest publication stemming from access to CERIC facilities [1]. The main goals of their research are linked to the possibility of obtaining data about the chemical-physical and mineralogical-petrographic composition and the authenticity of artefacts with historical and artistic relevance [2]. This information is fundamental to backtrack their geographical and temporal origin, as well as the firing temperature and the manufacturing techniques used for their production, also providing the opportunity to reconstruct the commercial and cultural exchanges between populations. At the same time, research on cultural heritage allows assumptions and suggestions to be proposed for possible restoration work using the most appropriate techniques and the most suitable materials.

Most of the analysed finds are ancient, precious and very fragile. One could argue that these unique materials may be damaged if studied with scientific methods deploying radiations. Materials scientists are obviously well aware of their responsibility to keep intact the historical value of the objects that they analyse. They succeed in doing so by performing structural characterization of the samples at the micro-, meso- and macro-scale, adopting and combining non-invasive and microdestructive techniques, using both neutron and electron sources, in a multi-technique approach such as that offered by CERIC. 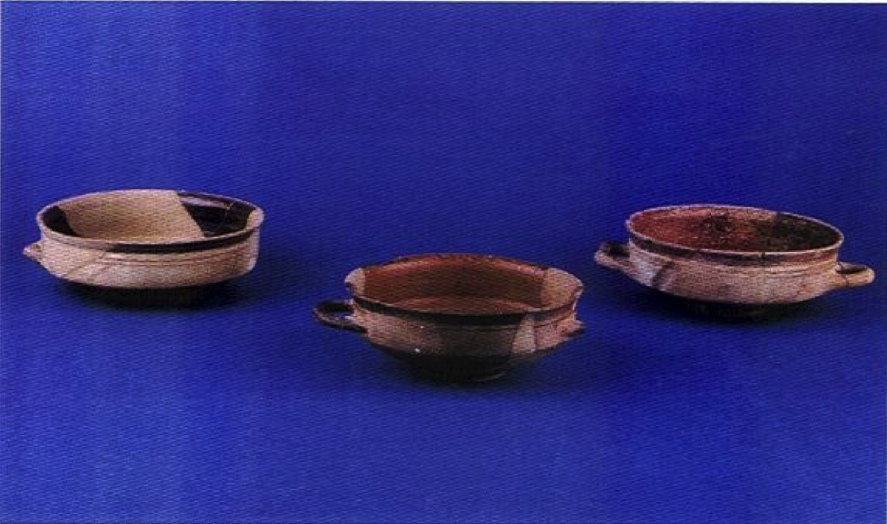 Depending on the spatial scale researchers want to observe, on the interest in the bulk or rather in the surface of artefacts, and on the type of information they want to retrieve, different instruments and techniques are used. For analysis of the bulk properties of finds and due to the capacity of neutrons to penetrate deeply into materials, neutron spectroscopy techniques (e.g. neutron diffraction [3], small-angle neutron scattering – SANS [4], prompt gamma activation analysis – PGAA [5]) are used to observe structures of different size, ranging from elements to mineral phases, to aggregates and texture patterns, to petrographic properties and macroscopic inhomogeneities.

Synchrotron radiation techniques (XAFS [6], Raman spectroscopy [7], Infrared spectroscopy [8], X-ray fluorescence – XRF [9]) are used mainly to identify the key elements and thus characterize pigments and glazes on the samples’ surface. They allow, for example, information to be collected on major and minor constituents of pigments on various types of substrates, such as canvas, sculptures, wall paintings and ceramics, distinguishing between synthetic and natural, organic and inorganic substances. The information obtained is useful for making a correct spatial and temporal classification of the artefacts, as well as for assessing their state of conservation and for discovering the lines of communication and trade exchange available in the period in which the finds were produced. Moreover, portable Raman spectrometers – also in combination with XRF instruments and micro-Raman spectroscopy – are used for in-situ measurements whenever the finds cannot be moved from archaeological sites or museums. They have been demonstrated to be very reliable, for example in the identification of pigmenting agents on samples of various typologies, including pottery, statues and frescoes, dating back to the II/III century A.D., different in colour, support and shape, at the ruins of Villa dei Quintili in Rome (Italy) [10].

The data and the knowledge provided by Prof. V. Venuti and her colleagues are useful for preserving the existing cultural heritage and for reconstructing and restoring ancient objects and finds by applying the same processes and techniques used in the past, thus keeping the same features of the originals. In this way, anybody visiting museums or interested in history and art, pupils, humanists, scientists and ordinary people, can have a more complete picture of the cultural environment in which artefacts where found, of the historical context and cultural features related to them and to their craftsmen. This allows acquisition of a greater awareness of history in its social, economic, cultural and artistic features, as well as of the environment in which we live, in which we are often surrounded by monuments and testimonies of the ancient past.