Centuries after the passing of the master luthier Antonio Stradivari, scientists and estimators are still trying to understand the secrets that make his instruments so unique. A recent study solved a long-lasting debate unveiling the nature of the coating below the varnishing of his violins. 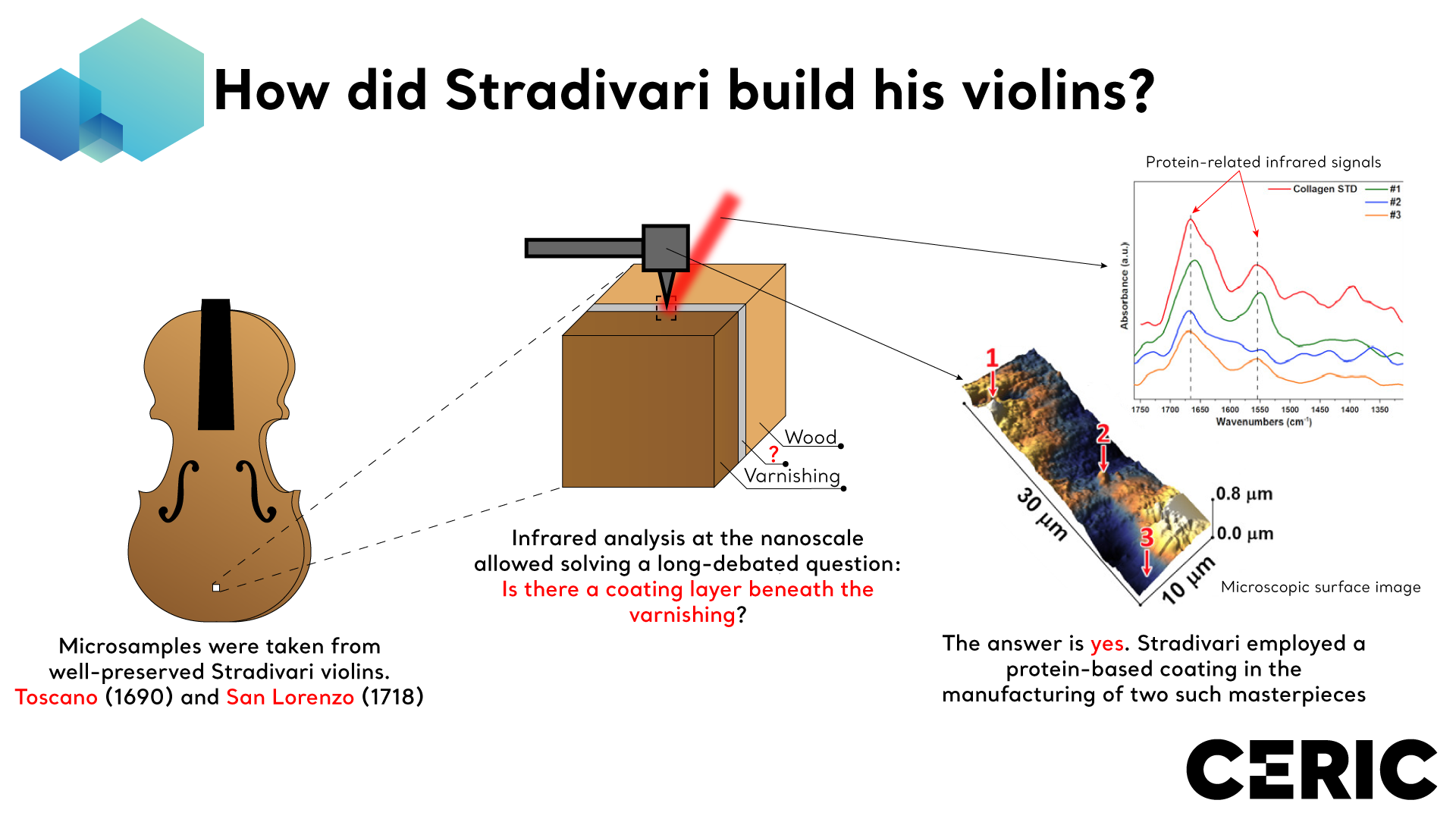 Chiaramaria Stani (CERIC), Giacomo Fiocco (University of Pavia), Lisa Vaccari (Elettra Sincrotrone Trieste), Marco Malagodi (University of Pavia), and colleagues analysed two masterpieces by Antonio Stradivari, the Toscano (1690) and the San Lorenzo (1718). For years, experts debated the presence of a coating beneath the varnishing layer of Antonio Stradivari’s instruments. While recent studies pointed out that such a layer could be present, its composition remained undefined until the publication of the current research, where scientists applied a sophisticated approach combining microscopic images of the surface and chemical data by infrared-based techniques. The experiments were realised at the SISSI beamline, available at the Italian CERIC Partner Facility at the Elettra synchrotron. The experimental results allowed to evidence the unmistakable presence of a protein-based coating, probably an animal glue based on collagen or casein, directly applied to the wood. Such a treatment could also influence the sound, contributing to the unique clarity of such masterpieces.

It’s still not possible to unequivocally define Antonio Stradivari’s constructive technique. However, this research work marks a significant step forward in comprehending how his unique instruments were built.