Four hundred million tons! This is the global amount of plastic produced each year, and a considerable percentage is made of disposable products that might end up in the environment. Plastics, in fact, constitute up to 80% of marine litter. The disgregation of plastic fragments produces micro- and nano-sized pieces, which constitute a subtle but severe menace to animal health, including human beings. Understanding the biological effect of nano-plastics is of paramount importance. The potential harm caused by the incorporation of micro- and nano-plastics should not be underestimated.

Professors Elena Del Favero (University of Genoa) and Giulia Rossi (University of Milan), together with colleagues and collaborators, investigated the effect of polystyrene nano-fragments on model membranes. Polystyrene is among the most widely employed plastics in many industrial sectors, from food packaging to construction. The authors combined a broad spectrum of experimental techniques with computer simulations to understand polystyrene’s effect on a model membrane. X-ray scattering experiments realised at the SAXS beamline at the Austrian CERIC Partner Facility at Elettra synchrotron revealed the structural properties of the model membrane in the presence of polystyrene. Computer-driven simulations and calorimetry calculations then confirmed this result. Moreover, molecular dynamics simulations and neutron scattering experiments indicated the polystyrene’s effect on lipid mobility and the membrane’s mechanical properties. 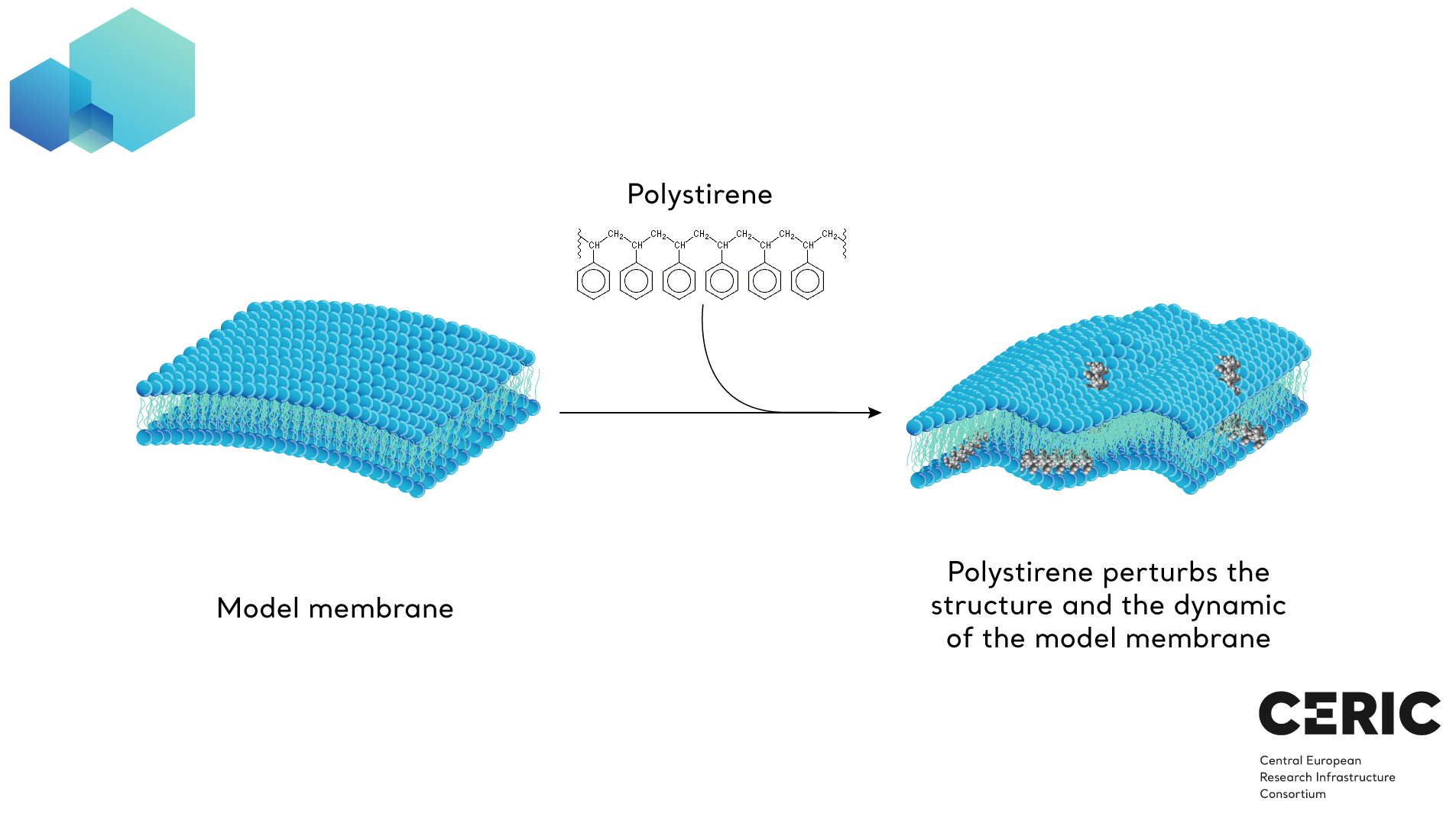 The combination of experimental and computational approaches revealed that doping doses of polystyrene interact with the model membrane, affecting their architecture and dynamics in a concentration-dependent fashion. Further studies will assess the effects of plastics covered by organic and inorganic molecules that crowd the water environments and their impact on membrane properties, which are fundamental for several cellular functions.