In nature, many molecules are chiral, that is, they exist in two forms which are mirror images, but one form cannot be superimposed on the other by rotation and translation, just as a left hand cannot be overlaid on a right hand. These molecules are extremely important in biology and life sciences. The property of chirality also extends to solids, in particular exotic states of matter such as topological insulators, for which the Nobel prize was recently awarded. In this project the research group will investigate the dynamics of free chiral molecules and topological insulators (TI). This innovative research will exploit different sources of radiation, and develop and consolidate new methodologies. Circular dichroism in photoemission, a synchrotron radiation technique, will be applied in both cases.

The project is founded on collaboration between the Italian CERIC partner facility at Elettra Sincrotrone Trieste and the Polish CERIC partner facility at the National Synchrotron Radiation Centre SOLARIS in Krakow, CNR-Istituto di Struttura della Materia, the University of Nova Gorica and University of Silesia, that will all bring valuable experience and competence to the project.

At present there are very few methods to study fast dynamics with chiral sensitivity. The research group will combine the method of PhotoElectron Circular Dichroism (PECD), used until now only for static studies, with pump-probe spectroscopy, using the ps laser available at Elettra and the fs laser at Uni Nova Gorica. This will extend the range of experimental possibilities available to CERIC users.

As well, the team will work together to plan and implement new, cutting-edge instrumentation for a planned new beamline at Solaris and an upgraded one (MOST, Elettra). Furthermore, it will carry out the detailed design of the insertion devices, beam transport, monochromators and layouts for the two beamlines, and so provide economies of scale. As well, prototyping of instruments will be carried out, and close contact will ensure knowledge transfer. 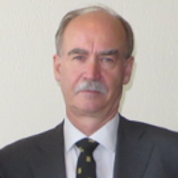 Born in Melbourne and educated at Melbourne and Oxford Universities, Kevin Prince has pursued a scientific career in Australia, the UK, Germany and Italy, where he has been working for many years as a Senior Principal Scientist (Dirigente di Ricerca) at Elettra-Sincrotrone Trieste. His main activities are in atomic, molecular and surface science, using synchrotron light and more recently Free Electron Laser light (in Italy, the USA and Japan), from the extreme ultraviolet to x-rays. He has published over 370 scientific papers, regularly presents results at international conferences, and has been a member of various international advisory boards in Europe, Canada and Australia. In addition, he is an Adjunct Professor at Swinburne University of Technology. 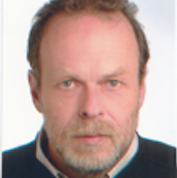 Robert Richter obtained his PhD (Dr. rer. nat.) at the University of Innsbruck (Austria) in 1987, and has been at Elettra Sincrotrone Trieste, GasPhase Beamline since 1998. His research interests include VUV and inner shell spectroscopy of atoms, molecules, radicals and metastable species, coincidence spectroscopy, pump-probe experiments using laser and synchrotron radiation and instrumentation development.

Anna Bianco received her degree in physics at the University of Trieste and joined Elettra Sincrotrone Trieste in 1992, specializing in optics and beamline design. She is senior researcher in the Mechanics and Vacuum Optics group. 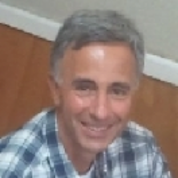 Bruno Diviacco obtained his degree in Physics at the University of Trieste in 1986, and soon afterwards joined the Trieste Synchrotron Radiation Project. In 1989 he was employed at Elettra Sincrotrone Trieste, becoming Researcher in 1991 and First Researcher in 1994. He is presently head of the Insertion Devices Laboratory and staff member of the Accelerator Group.
He has contributed to the design, construction and commissioning of the insertion devices for Elettra and FERMI. He has also been responsible for the construction of variable polarization undulators for the SOLEIL and ALBA light sources. From 2002 to 2005 he coordinated the European project “Development of the European Free-Electron Laser at ELETTRA as a VUV Research Facility”, contract HPRI-CT-2001-50025 (EUFELE).
He has been referee for journals such as Physical Review Special Topics – Accelerator and Beams, Nuclear Instruments and Methods, Physical Review Applied and reviewer of SBIR (Small Business Innovative Research) proposals for the Department of Energy, Office of Basic Energy Sciences, USA.
He is member of the Facility Advisory Committee of the LCLS-II project (SLAC, Stanford, USA). 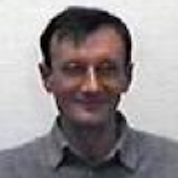 Daniele Millo is responsible for Insertion Device activities, ODAC project, Elettra. This project supports the maintenance of ELETTRA beamlines (daily and on-call) and developments to improve the operations of the accelerator 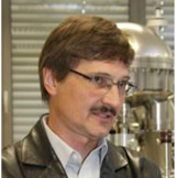 Jacek Szade studied physics at the University of Silesia in Katowice. In 1989 he gained his Ph.D. with a study on intermetallic compounds of gadolinium. In 2001 he completed his habilitation at the University of Silesia and obtained professor title in 2008. He developed a laboratory of surface physics in the Department of Solid State Physics. This laboratory consists of advanced equipment for thin film growth and characterization of materials with the use of photoelectron spectroscopy, mass spectroscopy (TOF SIMS), Auger electron spectroscopy, scanning probe microscopy (AFM/STM), electron diffraction. Most of the instruments form the unique ultra-high vacuum cluster. Research in his group is focused on growth and characterization of ultra-thin films of topological insulators, insulator-metal transition in bulk and thin films of oxides, nanoparticles, surface of implants and many other modern materials. Investigation of electronic structure using photoelectron spectroscopy with the use of in-lab spectrometers and using the synchrotron radiation is his main specialization. Engaged in the project of Polish synchrotron, now under construction, deputy head of the Polish Synchrotron Radiation Society. He is also involved in the project of the soft x-ray spectroscopy beamline at the Polish synchrotron SOLARIS. 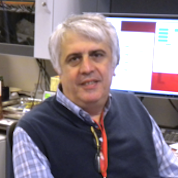 Dr. Lorenzo Avaldi’s scientific interests and activities are: Investigation of fundamental processes (excitation, single and multiple ionization, dissociation and fragmentation) in atoms and molecules via electron impact and photon absorption and their applications to biological relevant molecules; role of electron correlation in two-electron processes; spectroscopy and chemical reactivity of dications; development of novel instrumentation for electron spectroscopies. 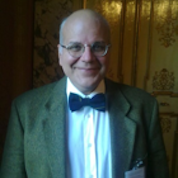 Born in Rome (11 January 1963), Stefano Turchini has a degree in Physics (1988) from University of Rome “La Sapienza”. He participated in scientific projects at several synchrotron radiation sources such as Daresbury (Warrington-UK), LURE (Paris-France), NSLS (Brookhaven-USA), ESRF (Grenoble-France). Since 1998 he has been member of the research group of the Circular Polarization beamline at the synchrotron ELETTRA (Trieste). He is researcher at the Istituto di Struttura della Materia – CNR. 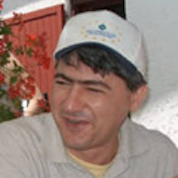 Marcello Coreno’s experimental research activities in the field of Atomic, Molecular and Cluster Physics address the dynamics of atomic and molecular interactions at the microscopic level. He has been focusing on the use of photoionization and photoemission techniques for the study of systems of increasing complexity, such as organic and biological molecules, metal complexes with organic molecules, clusters and nanoparticles, in order to correlate spectroscopic characteristics and geometric structure with their reactivity, also of photochemical type. He has carried out management tasks obtained in projects and research infrastructure of international level, such as Elettra, CITIUS and FERMI. 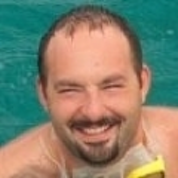 Dr. Daniele Catone’s scientific activity has been mainly devoted to the study of molecules and clusters in the gas phase by means of laser and synchrotron radiation. In this way he acquired wide competence in the field of photoelectron and photo-ion spectroscopies applied to different molecular sources, e.g. supersonic molecular beam, Electrospray Ionization (ESI) source, effusive gas jet. Starting from 2014 he is member of coordination group for the scientific activity of EFSL, a time-resolved spectroscopy laboratory, where he devotes his time to thermoplasmonic studies on nanostructured systems. 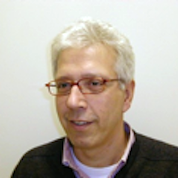 Dr. Nicola Zema got his degree at the University of Rome “La Sapienza” in 1982 with full marks and honours discussing the thesis Luminescence Spectroscopy using Synchrotron Radiation.
In 1984 he obtained a permanent position as Research Scientist at Istituto di Struttura della Materia of Consiglio Nazionale delle Ricerche (CNR). Between 1988 and 1993 he was in charge of the Optical Spectroscopy Beamline at the Italian Synchrotron Radiation Facility at Frascati National Laboratories of INFN. Since 1989 he has been participating as project leader in several Research Programs of the Istituto di Struttura della Materia focused on Auger and Energy Loss Spectroscopy of Materials and experimental activity using VUV Optical Spectroscopies. Since 1993 he has been in charge of the development and management of the Circularly Polarized Beamline built at ELETTRA synchrotron radiation facility in Trieste.

Research Experience
Dr. Nicola Zema’s scientific interest deals with:
– The study of the electronic excitation of ionic insulators and the following relaxation processes, such as luminescence, F-center creation and desorption, especially for what concerns alkali halides.
– In the field of semiconductors, his activity is focused on the investigation of the electronic structures and dielectric properties of II-VI semiconductors and their ternary compounds with transition metals, also known as Diluted Magnetic Semiconductors (DMS).
– Dichroism in chiral molecular structures (single molecules and surface templates) and magnetic materials. 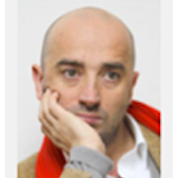 In 1999 Giovanni De Ninno obtained his Ph.D. in physics at the University Blaise Pascale of Clermont-Ferrand (France), with a thesis entitled: “Beam studies for the CERN Antiproton Decelerator (AD) and a new interpretation of the resonance theory for betatron motion”. Presently, he is full professor at the university of Nova Gorica and researcher at Elettra Sincrotrone Trieste. 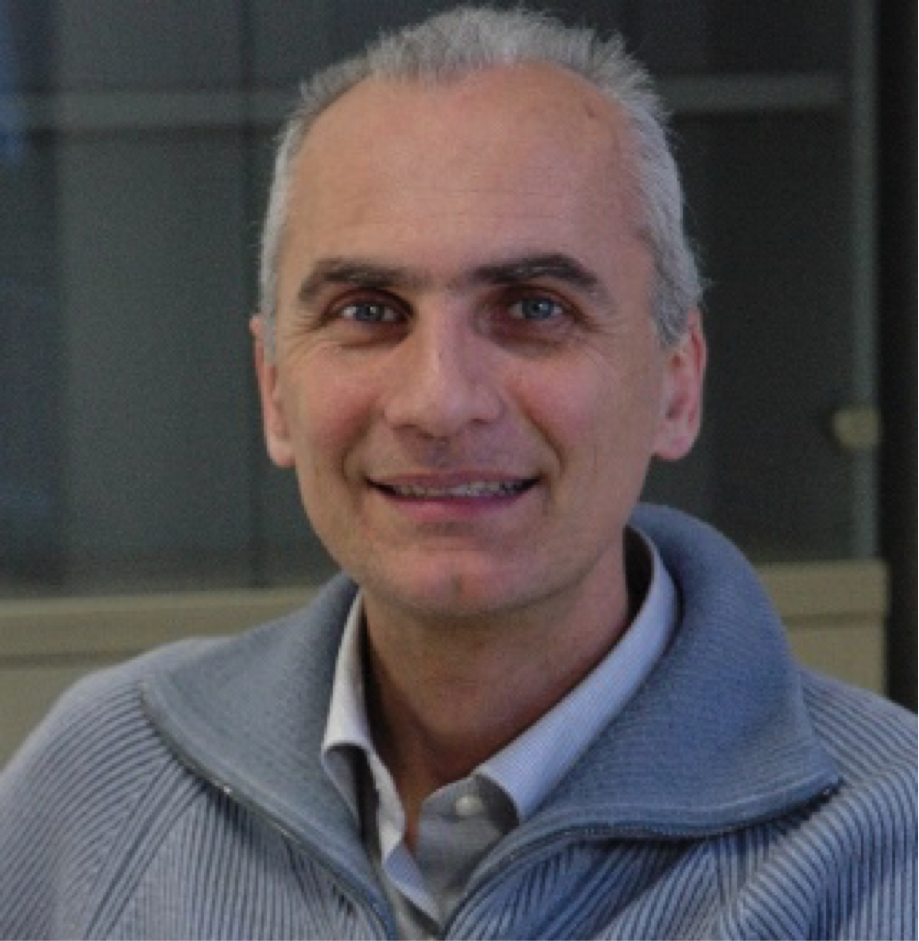 Luca Poletto is Research Director of the CNR-Institute of Photonics and Nanotechnologies (CNR-IFN) and the director of the Division of Padova of CNR-IFN.

His main scientific interests are the design and realization of spectrometers and monochromators for the extreme-ultraviolet and soft X-ray spectral regions for laboratory and space applications, the generation and applications of ultrashort femtosecond and attosecond pulses in the extreme ultraviolet, the development of instrumentation for free-electron laser radiation, the industrial applications of techniques related to applied optics, mainly laser spectroscopy for gas detection.

He has been responsible of the optical design and realization of instrumentation for photon handling of ultrafast pulses that are presently in operations worldwide using high-order laser harmonics. Presently, he is participating to several projects funded by national and international institutions in the field of ultrafast optics for femtosecond and attosecond pulses.

Publications and Dissemination: Luca Poletto has co-authored about 200 papers in peer-reviewed, international journals, having >11000 citations and H-index = 46 (Google Scholar, March 2021).